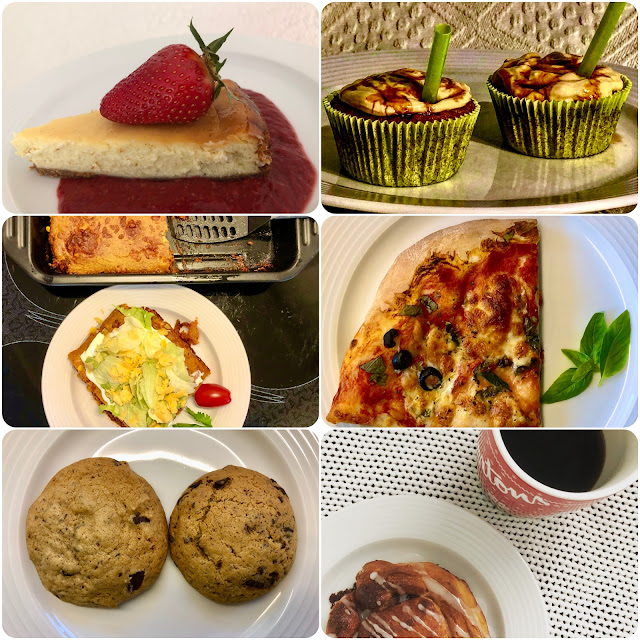 PJ, our host, figured it was going to be a hard - or at the very least unusually challenging -  month for us, so our prompt for May is Keeping Busy, which for some people would mean some of the following:
Me, though?

I was taking the opportunity of not having to drive Colin to practice 3- 4 times a week to spend more time in the kitchen.

Before we get into the edible art, here's something we did that wasn't directly food related - even though we got the ingredients for my Mother's Day meal... But let's rewind first. This has been Colin's 2020 hockey 🏒 journey:

February: during the last minutes of a game that they were about to lose anyway - so there was no reason for the opponent to charge him - he got a check to his head, resulting in a concussion.🤕 Boom. Out for another two weeks. You may recall our ER visit. If I remember correctly. he went back to practice for a two weeks maximum when...

March: the grown-up team's franchise was finishing up their regular season and was just about to start the playoffs, when the first 😷 Corona-related precautions were taken: No events with more than 1000 people attending, meaning ghost games. No audience! Junior games were announced to happen without visitors at first, but ultimately got canceled altogether.

April: this is when they have their regular time off, spring break, after-season, whatever it's called. Usually a good time to relax and enjoy the play-offs, but nope, they got canceled.

May: The IIHF ice hockey world championship was supposed to be happening in my country! 🇨🇭 It got canceled.

Also Colin's summer training was supposed to kick-off, but while on the 11th Swiss kids were called back to school with very basic restrictions (keep six feet off your teacher, don't shake hands)  sports teams are only allowed to train in small groups of five people, so that wasn't going to happen.
Instead they kept sending out weekly plans with off ice activities the kids were supposed to do at home: HIIT, endurance, skills, mobilization, strength,... They got video instructions and scheduled some Zoom meetings just to chat and see each other.

To make things more fun, they also got social media challenges like "wear your hockey gear to do everyday stuff", and this is what he did. Watch it here:

So for my Mother's Day Colin made spaghetti 🍝 with tomato sauce (he tried to arrange it in heart ❤️ shape) and grated 🧀 cheese. I had prepared my dessert the day before, and we took some slices to my Mom's house on Sunday. 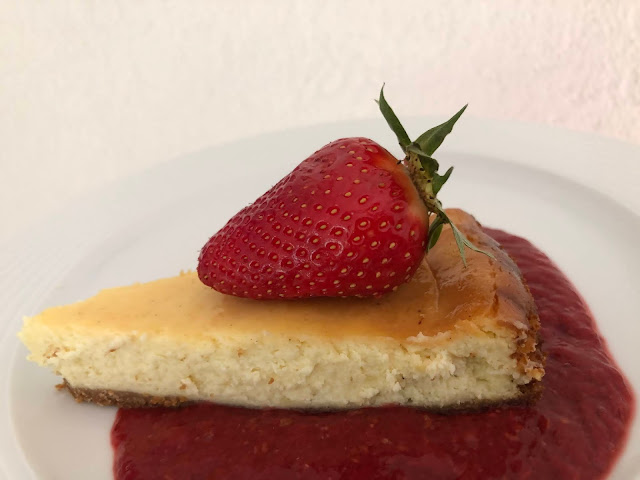 During this year's A - Z Blogging Challenge I realised that I had totally missed celebrating my 900th post! Well, it's never too late though, right? While we're accumulating Corona pounds, I might as well make cinnamon rolls! The dough was an experiment, I was using a secret ingredient... 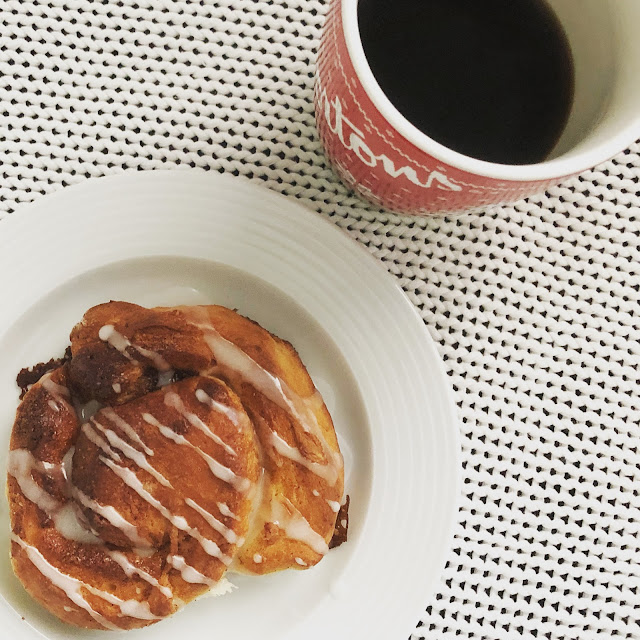 On Colin's back to school Monday, I developed my own recipe for Caramel Macchiato Cupcakes 🧁, a must for everybody who loves the combination of caramel and coffee ☕️. 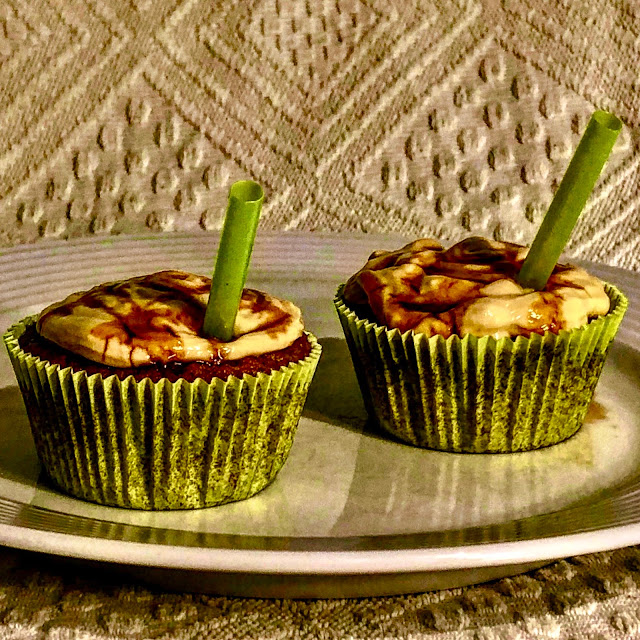 On the very same day we posted for our monthly collaboration Blog with Friends. The May theme was Eat what you want Day, and after brainstorming it with my son, I made mine international cuisine themed.

In the process we also agreed on a Mac and Cheese challenge for another day: Kraft vs homemade. It is not very photogenic, so consider this a bonus picture ;-) 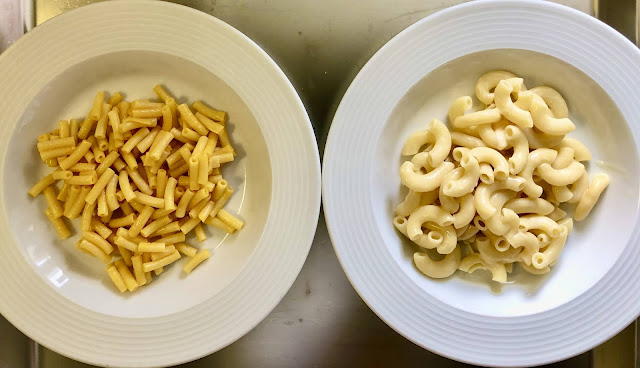 One of my favorite foreign cuisines is 🇲🇽 Mexican 🌶, and I came across a recipe for 🌮 Taco casserole on Pinterest, which I upgraded into a Cornbread Casserole with Taco Toppings: 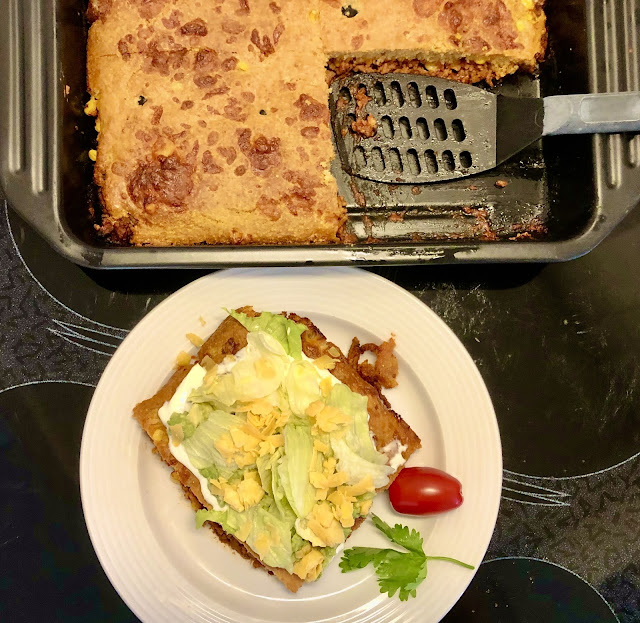 🇮🇹 Italy is our neighbor country, so I don't even consider it "foreign" when I make pasta or pizza 🍕. I am aware that my skills can be improved, and I did so by making pizza from scratch one day. Yes, homemade dough and all! I baked it on my brand-new pizza stone. It was delicious! 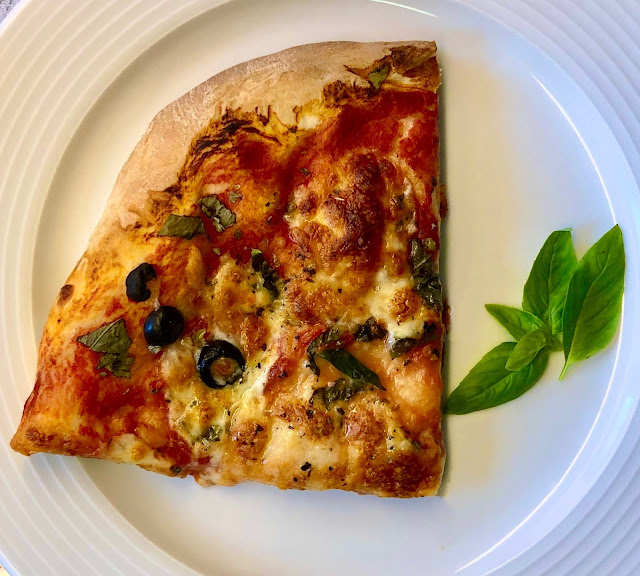 What else happened this month? Half of my molar tooth 🦷 fell out. I was lucky to get a dentist's appointment, and she fixed it. Unfortunately the part she fixed fell right off only a few days later, and now I'm waiting for my new appointment where I will get a pricey crown.

Also the dishwasher that was "fixed" last month, broke down for good a couple of days ago. We're doing the dishes 🍽 by hand until we figure out a replacement. So in the meantime, baking projects are put on hold!

Which is OK because as of June 8 Colin's practice will resume, and the schedule is giving me anxiety: four days a week!!!

On a more positive note I did  - and blogged about - the Ten Album Covers Challenge so I played a lot of great music!