Today it's time to wrap up 2018. What ten highlights of the year will you put into your time capsule?

We kicked off the New Year with our dear friends who moved to British Columbia in 2013. It was only their second time to visit Switzerland, and they had a tight schedule to squeeze in all their family and friends. 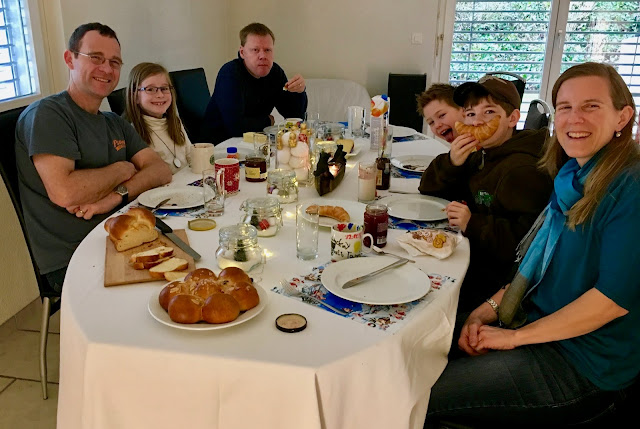 My friend and I took the kids to Burger King, and I smuggled in some canned Prosecco. We were still ringing in 2018 after all ;-) 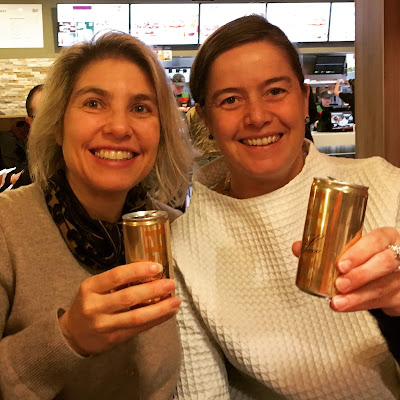 It's not what you think - I'm not always drinking Prosecco, or am I? This was a special occasion. After Hockey Practice Colin and I drove to Zurich in order to attend a public observing of the Super Blue Blood Moon's lunar eclipse - as it turned out, we were supposed to have gotten tickets in advance which we didn't, so my little guy took it easy and suggested once we were at the Observatory why didn't we go to Jules Verne's bar in the same building? 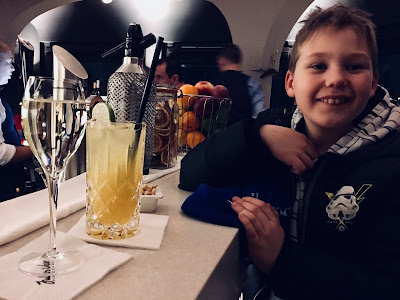 On occasion of his 50th birthday we surprised hubby with a long weekend trip to Hamburg, Germany. We had actually spent his 40th there, too. I was newly pregnant with what was going to be baby Colin, and upon visiting Miniature Wonderland we pledged to bring the kid here one day, and that's what we did! 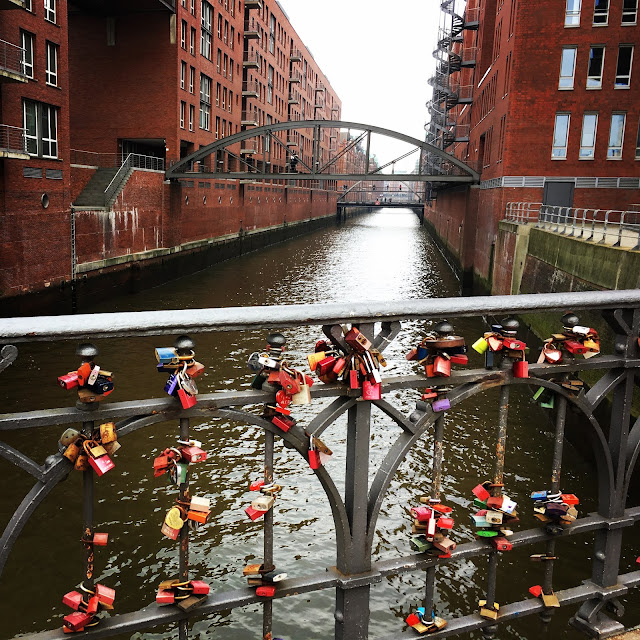 Two weeks later it was time for my own birthday weekend. I spent it with a visit at Colin's school, a nice dinner and a successful hockey tournament the boys ended up winning!

Picture taken by one of the coaches. 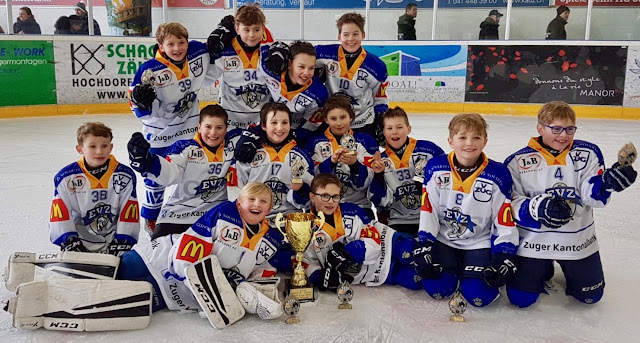 Over the course of spring and summer every team member got to take the cup home for a couple of days to thoroughly enjoy this victory! 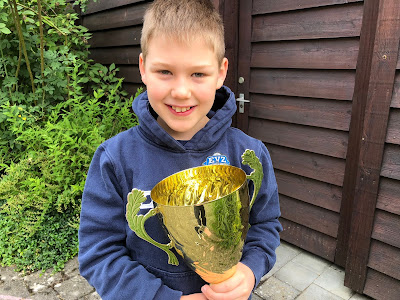 If you have been around here for a while you know that St. Patrick's Day is my favorite holiday, and in Switzerland I am one of the very few people to actually celebrate it. 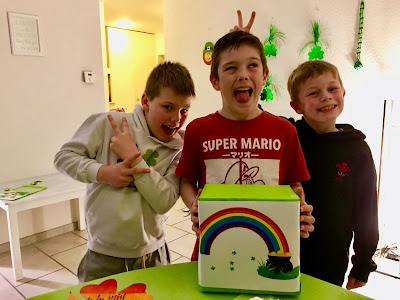 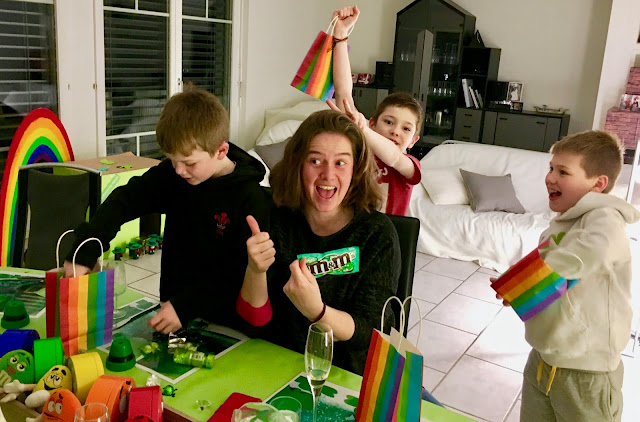 In April it was time for another A-Z Blogging Challenge, my 4th time to participate. This year I chose a travel theme and presented a fabulous destination for each letter. The picture below is Geneva in Switzerland where I actually drove in the name of blogging! 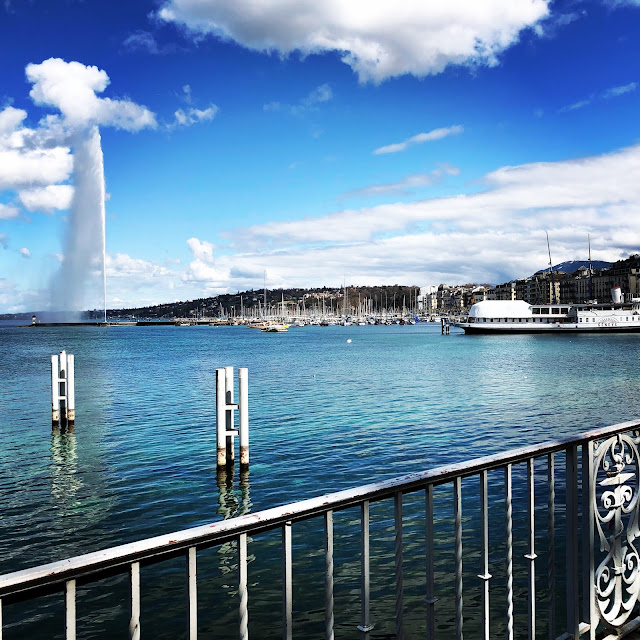 In May our national hockey team won the silver medal at the World Championship in Denmark. The day they flew back to Switzerland some of the fans were awaiting them outside the airport and it was super nice to meet the players. 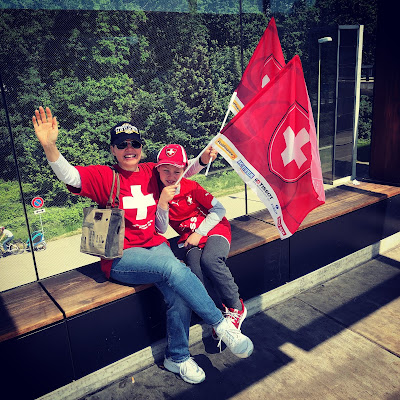 For my Dad's birthday I set up a scavenger hunt at an urban playground to which I invited his brother along. They did great and ended up on the coloured steps that look like a drawer. A friend's son painted them. 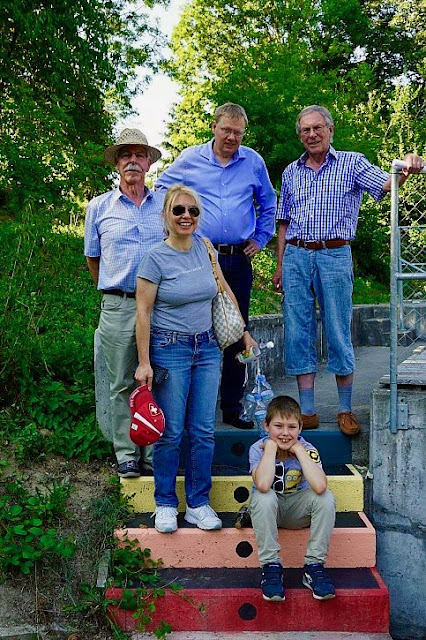 We never go away during summer break. We only get four weeks, one of which Colin spends at hockey camp. So for the remainder of the time I prepared a "Mom, I'm bored Jar", only it wasn't a jar but a hockey water bottle. The contents were a bunch of puck shaped notes with activities. 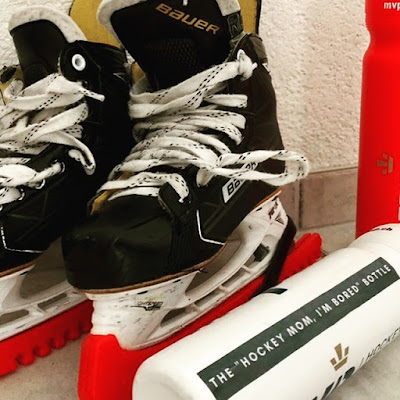 Before picking up Colin from said hockey camp, hubby and I escaped the sweltering heat and spent the night in the mountain resort where the boys were training. 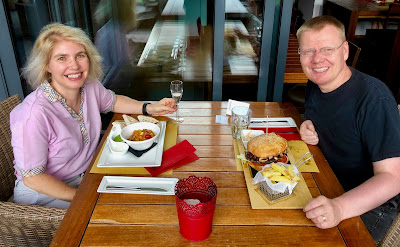 For the first home tournament of the season, Colin was made alternate captain of his team - look who's a proud Hockey Mom! 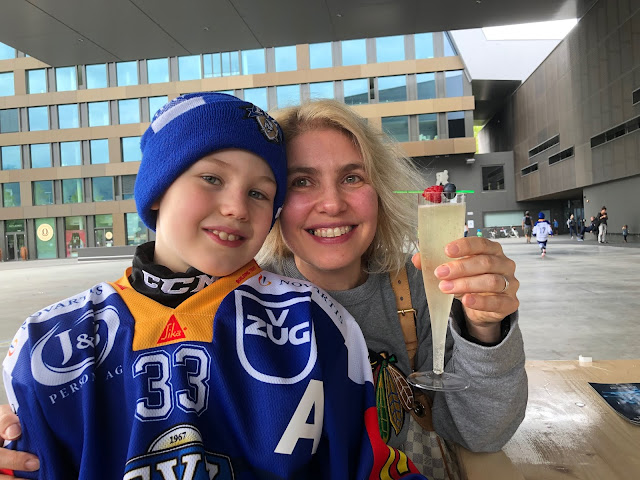 Can you believe "Baby Colin" turned 10 this year? He celebrated in style and threw a make your own burger party. 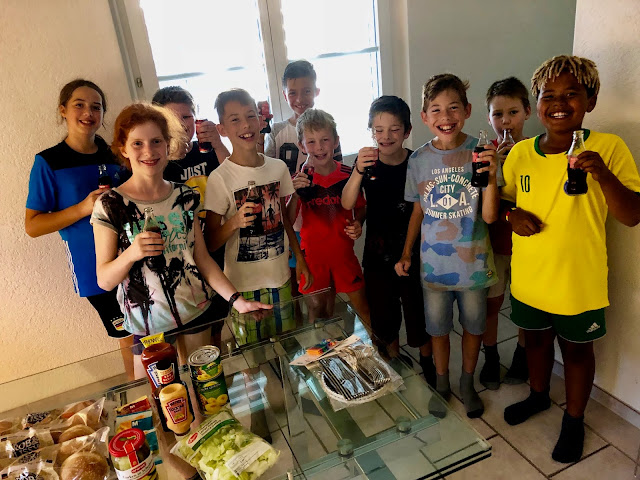 One stop of our fall road trip was Philadelphia where I finally met my long time online friend Beth! We had lunch and coffee at the King of Prussia Mall. 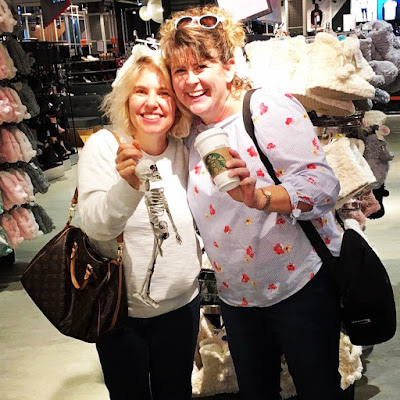 Next stop: NYC on a perfect blue sky day! 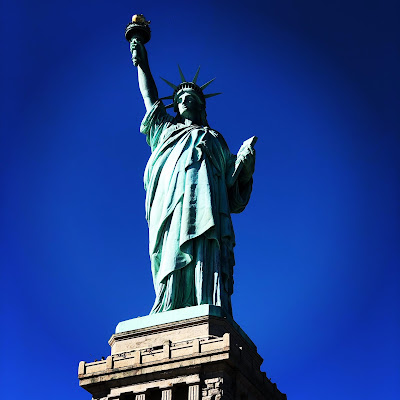 Back home I just had to squeeze in a visit at Jucker's Farm Pumpkin exhibition. When else was I going to get a chance to meet a unicorn? 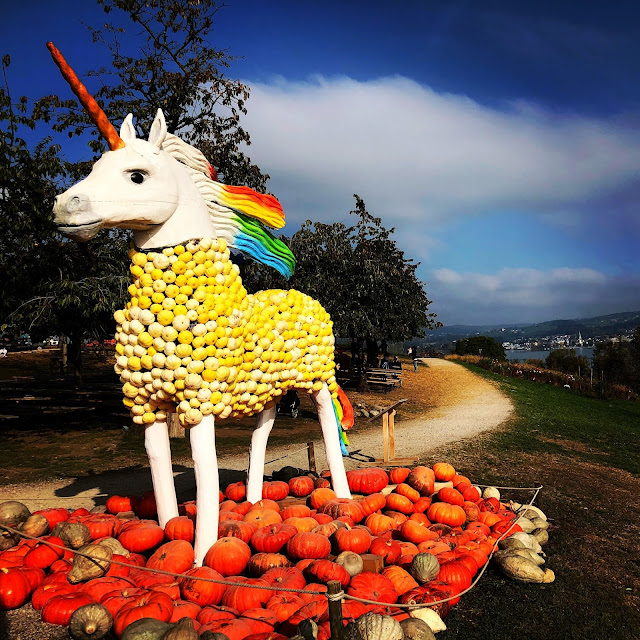 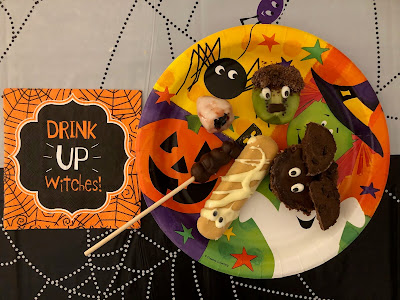 In November I accompanied Colin to his first kid's career day where he met his idol, sports journalist Steffi Buchli. 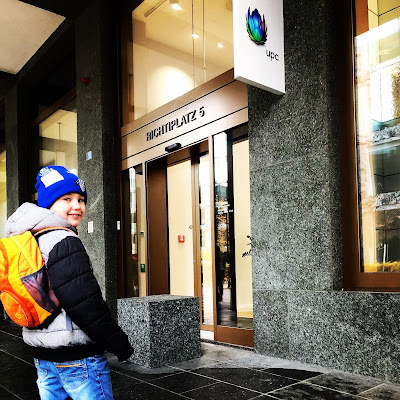 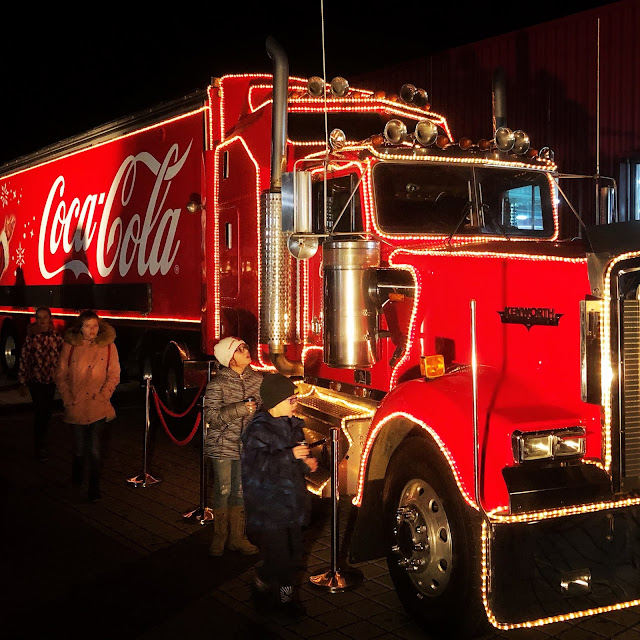 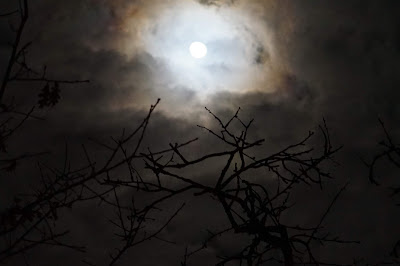 Colin won a special practice day with the participating Spengler Cup teams in Davos! So much fun! 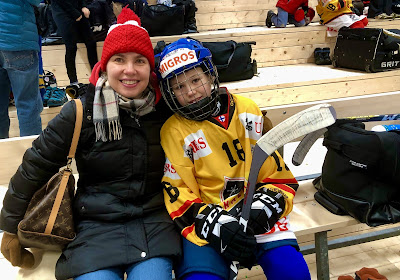 Learning from the best! 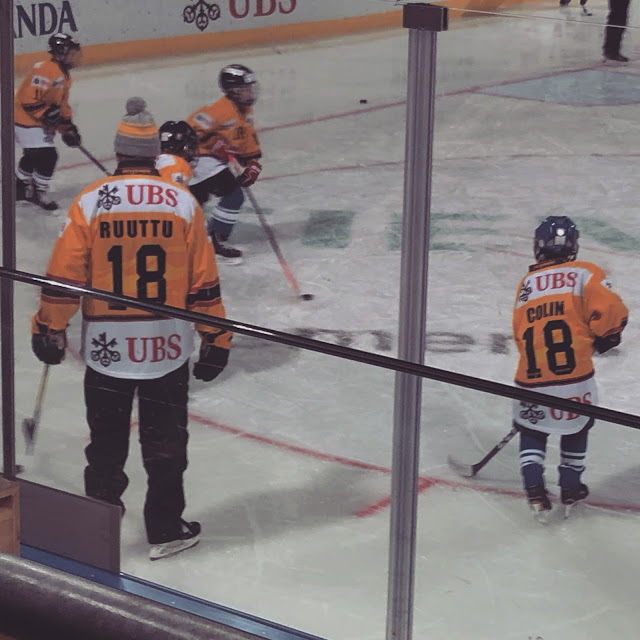 So there were a little more than ten things. Never mind!

What made your year special? Let me know in the comments below or link up your own post!

I have decided to take a break from Top Ten Thursday and use the upcoming weeks to prepare for A-Z blogging challenge 2019.